In 1899, the Youth Department was formed under the recommendation of Grand Patron J.E. Peake.  The youth department was organized for the purpose of training children of Masonic families in the spirit of Masonry.  Later, around 1913, with forty-seven youth fraternities the youth were given time during the grand session for a program.  In 1926, the educational program was instituted with the creation of the oratorical contest for a $50.00 scholarship.  In 1926, the office of Grand Matron of the Youth Fraternity was created and the organization began to flourish.  In 1952, the Grand Youth Fraternity as organized.  The first Grand Matron of the Youth Department on record is H. E. Carolina, 1938.  The second is S. V. Rice, 1939.  The first Grand Juvenile Matron was Mrs. D.E. Cook of Little Rock, 1949.

Under Grand Matron Inghram, the youth oratorical contest prizes increased; the scholarship fund was set up as a separate account and to follow the first place winners for four years; added was a four year scholarship to the youth with the highest scholastic average and good citizenship rating.  The contest later expanded to include vocal solos, instrumental solos, as well as recitations and orations.  All music was to be classical, or semi classical as to encourage the participants to have increased interest in cultivation their various talents.

The Royal Grand Chapter, Order of the Eastern Star, PHA is awarding five $500 Scholarships for the 2022
school year. The scholarships are one‐time awards and are nonrenewable. Two will be awarded to high
school graduates or a GED graduate, and three scholarships will be awarded to students currently
enrolled in one of the following: a vocational program, two year, or four year institution of higher
learning. 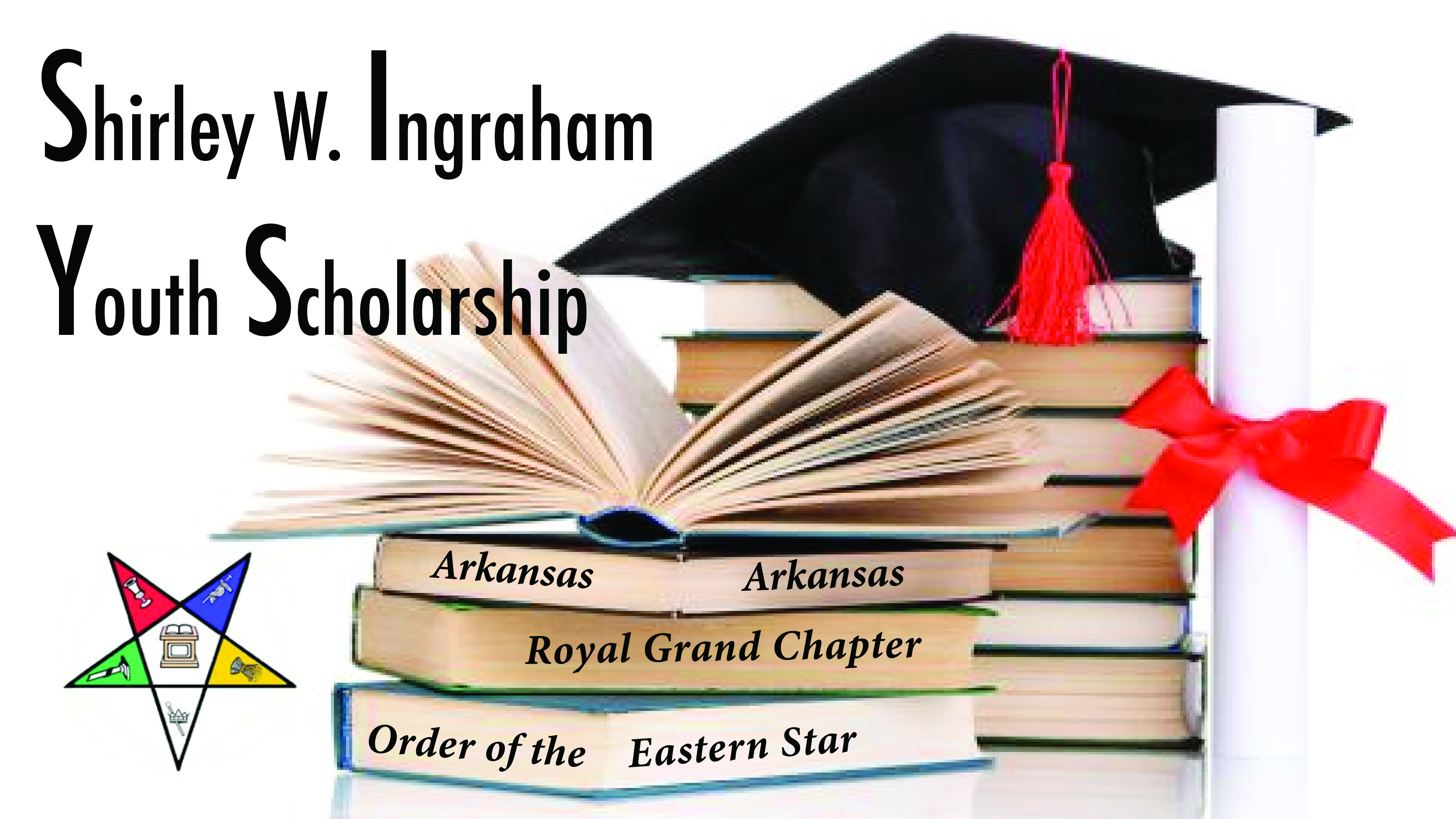